Switchfoot In Concert at the Rock Auditorium

American Rock Band Switchfoot was in Singapore for a one night only concert at the Rock Auditorium and POPCulture Online was there to check out this sell out high energy concert.

Opening the night off is Australian band, The Calling Of Levi. Having since released their debut album City of Colour and signing on with Mainstay Artist Management, the band has been opening for bands such as Relient K, Superchick, New Empire and many more. And on that Thursday night, they sure got the crowd on their feet as the band entertained everyone with songs from their album.

The second opening act for the night was local band The Great Spy Experiment. Having played at overseas venues like the New York Central Park for Singapore Day and many local events such as Singfest, Baybeats, Msaic and ZoukOut festivals, the band did not need much introduction as the crowd was already on their feet the minute they appeared on stage. Playing familiar hit songs like Class A Love Affair, the band definitely showed why they have touted as the nation's indie darlings.

We also had Power98fm's Harry Corro from The Get Up and Go Show who hosted the press conference entertaining the crowd and getting them warmed up before each act. Just loved how he mixed song titles from Switchfoot into his lines for that.

With the crowd all pumped up and ready, it was time for the main act and the minute the lights and house music went off, the audience went wild standing up and started chanting the band's name.

Switchfoot started out with the song This is the Sound which totally rocked the whole auditorium and followed up Stars and Oh! Gravity which got the crowd singing along with the "la,la,la,la".

The band continued with the many hits from their albums like Gone and Love is a Song plus all time favorites This is Your Life and Meant to Live. Not forgetting one of my favorites, Only Hope with really surprised everyone as the full band came on at the later part of the song.

The ending mix of Shadow Proves the Sunshine which blended into We Are One Tonight (chorus) was a brilliant move and the arrangement was just perfect. And of course the encore song of Dare You To Move with Jon mixing around with the crowd was just the thing to end of a great night of music.

You can also check out the official photos from Monsoon Productions 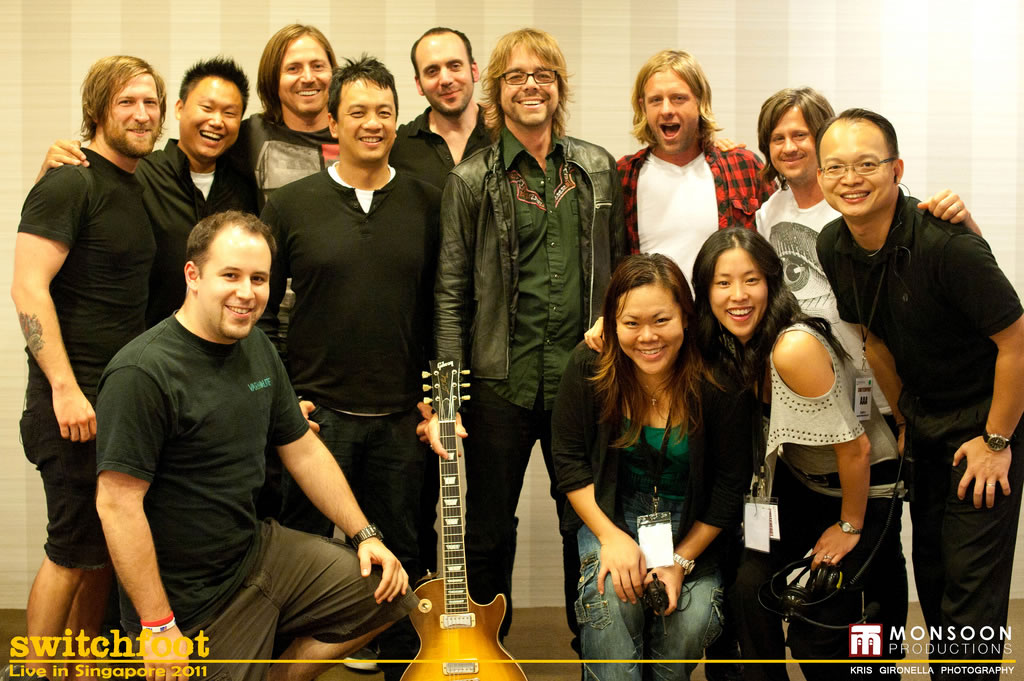 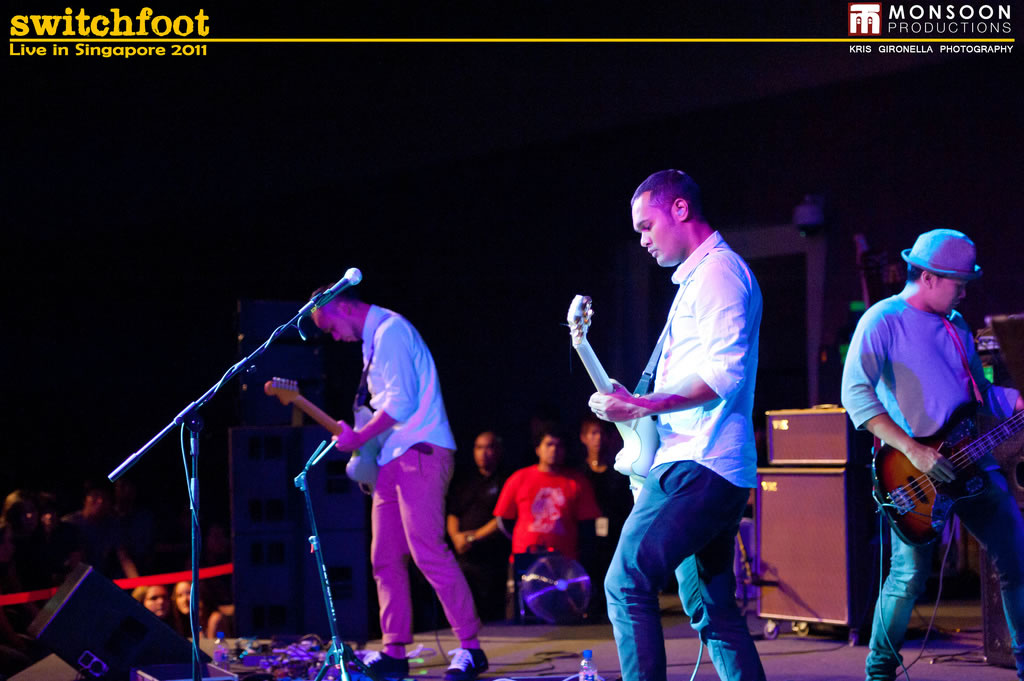 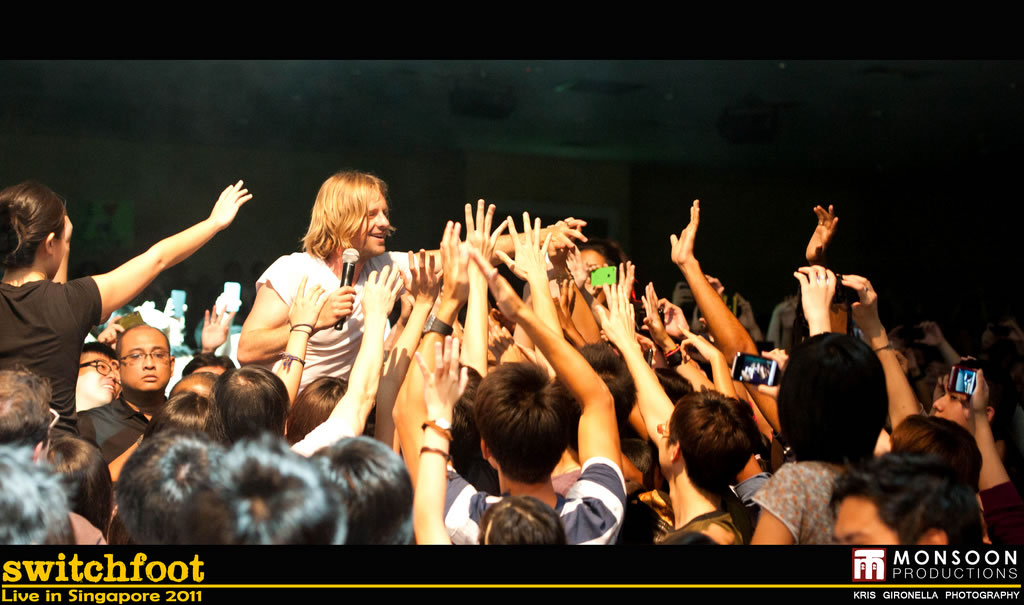 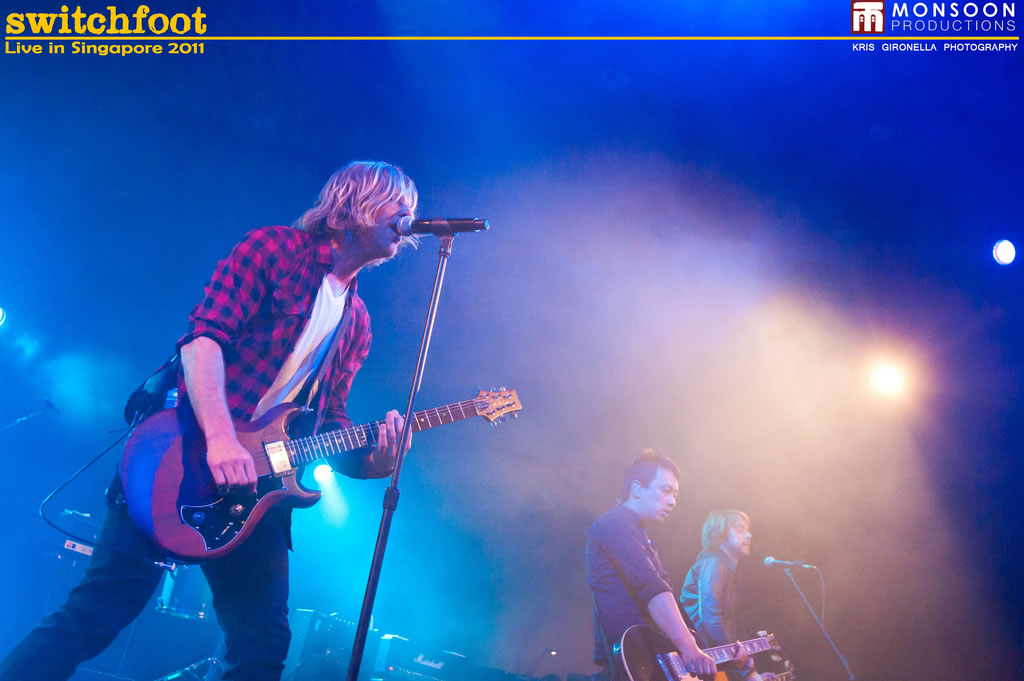 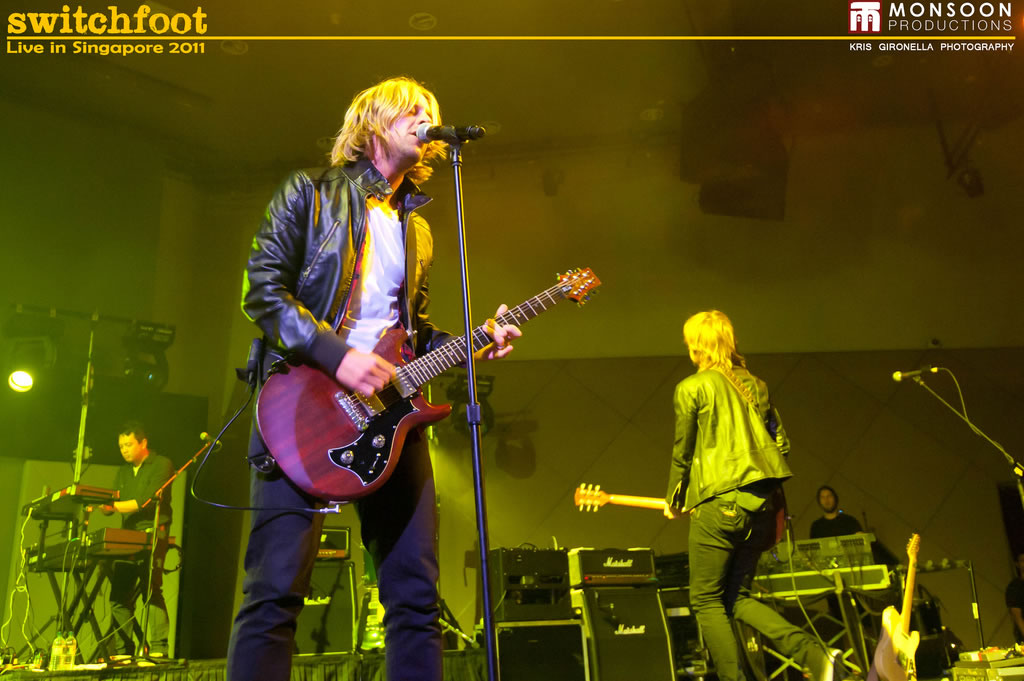 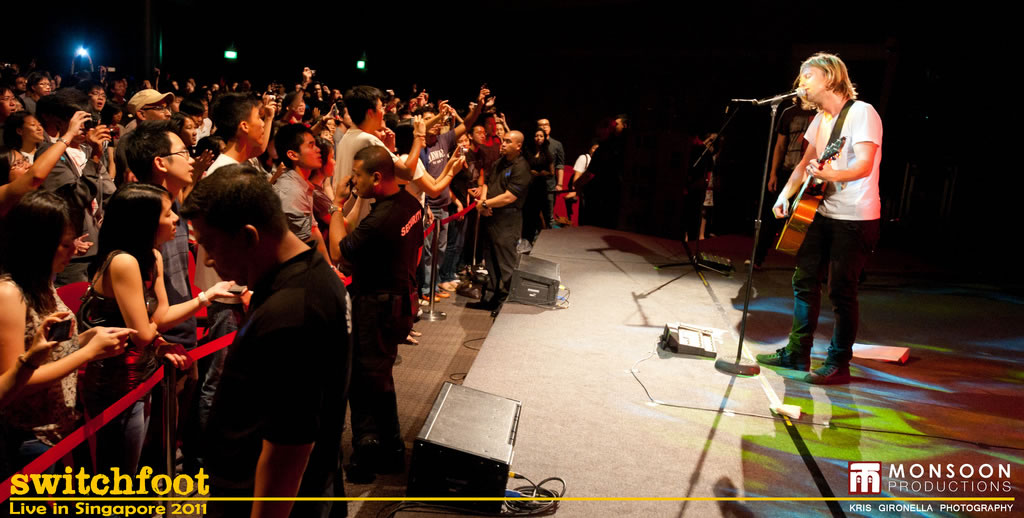 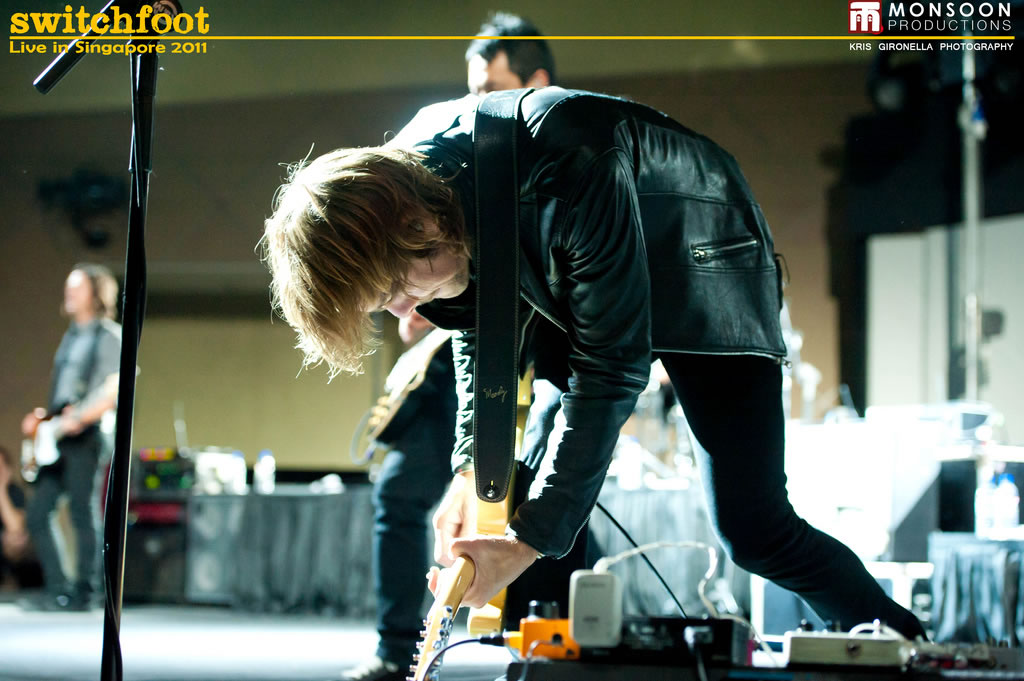 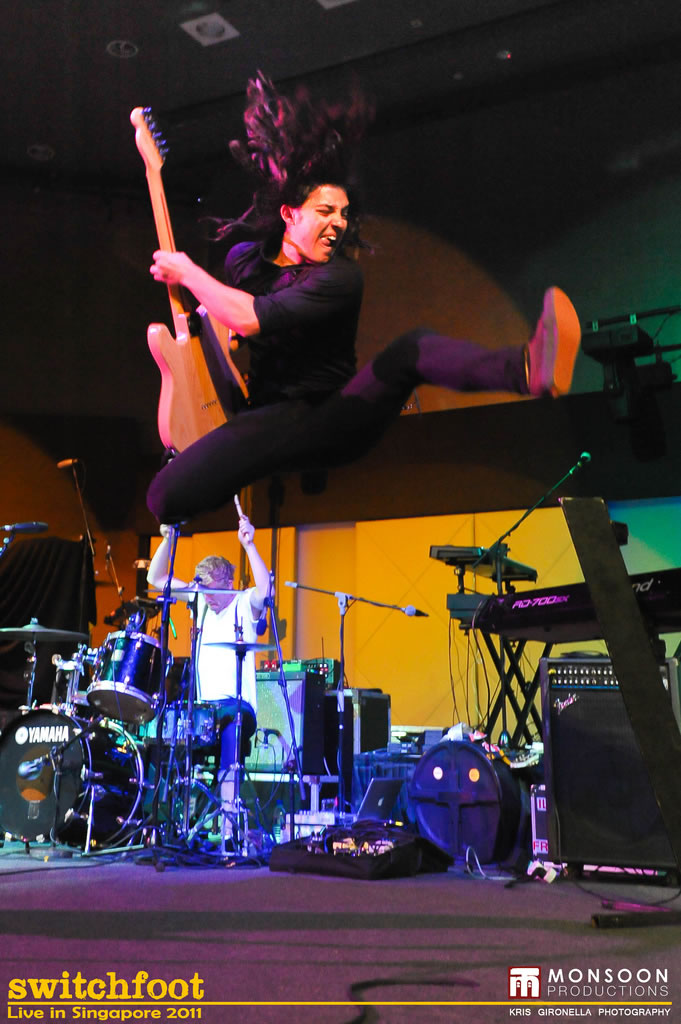 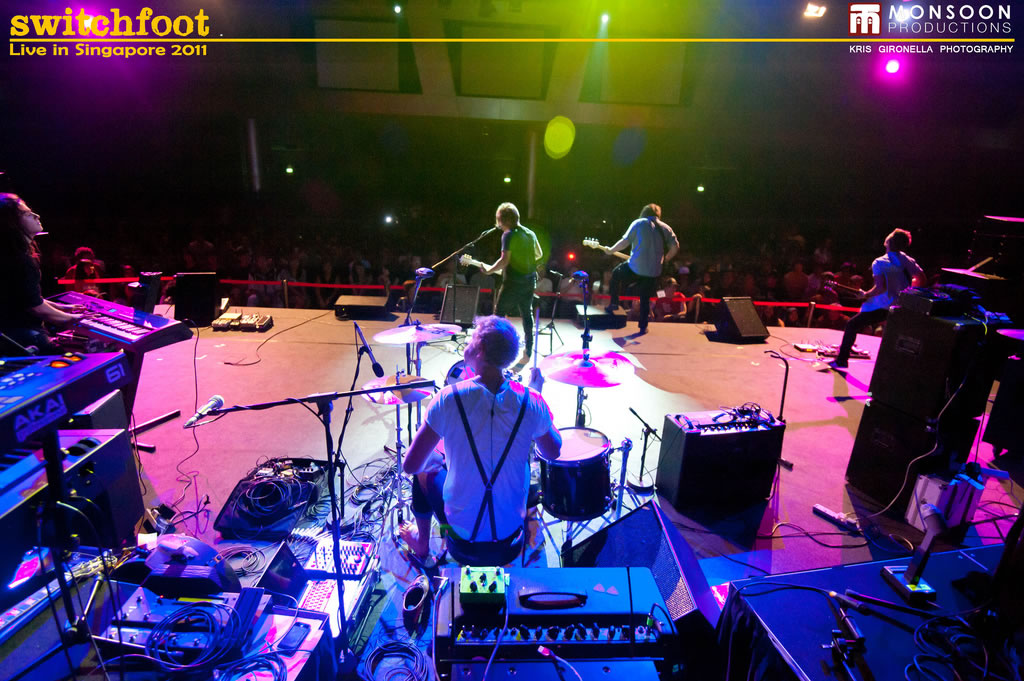 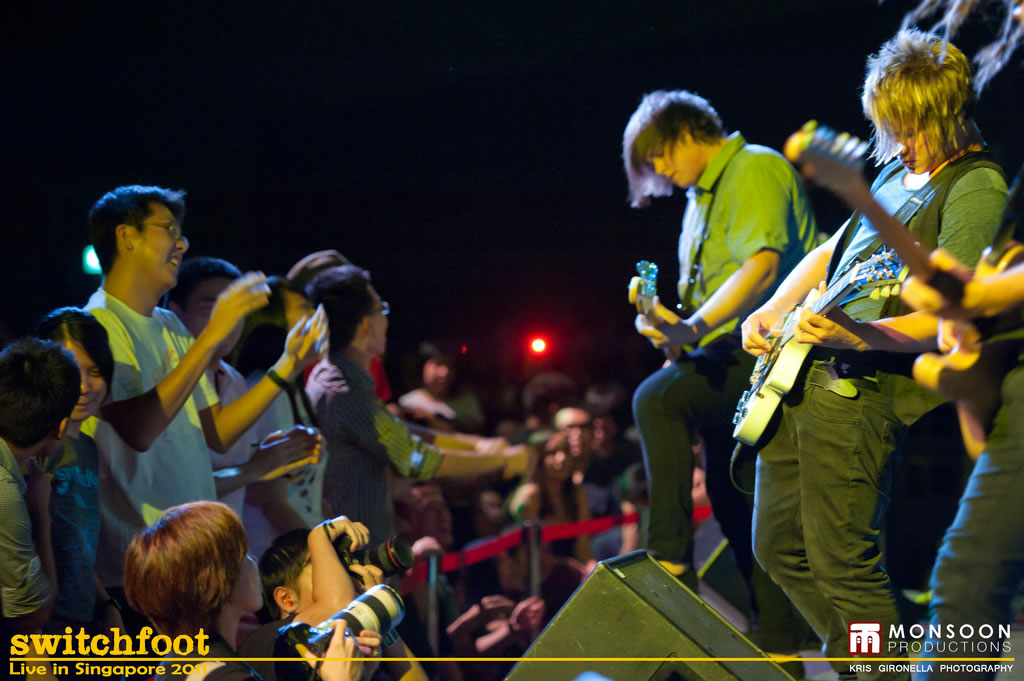